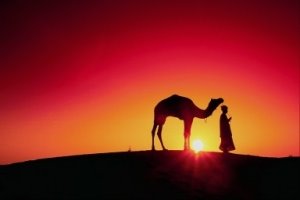 Khalas: (Arabic): enough, no more, finished, that's it, the end.

It is with very mixed feelings that I write this, my last post. The Religious Policeman has been commenting on Saudi Arabia, off and on, for two years. This is post number 400. Therefore, in the course of two years, I have written the equivalent of a very thick book.

A number of commentors and emailers have also, over that time, very kindly suggested that I should write a book. I have been persuaded. That's what I am going to do. But unfortunately, I don't have the time to do both, so there will be no more blog entries.

What about Saudi Arabia? In those 400 posts, you will find the full spectrum of institutionalized insanity that the House of Saud and their friends with long beards have created. If you start back at post number 1 tomorrow, and read one every day, then you'll end up back here some time around July 2007. And the sad thing is, most of them will still be as relevant then as they are now. OK, the now-the-terrorists-are-surrounded-oops-they-got-away saga is over. Also, muslims worldwide will still be getting offended about something, not necessarily cartoons. But overall, I'm afraid, Saudi Arabia won't have changed. So I would just end up trying to say the same-old same-old, but in different ways. Meanwhile, none of us are getting any younger. Carpe Diem. Seize the day.

The book will be a historical novel, but with absolutely no connection to Saudi Arabia. We are both very excited about it. It's going to take a lot of research and hard work, but it will be worth it. As and when it is published, we'll come back here and tell whoever is left all about it. I'm sure Amazon can ship books to the North Marianas Islands.

The blog will remain here for as long as Blogger does. Maybe, millenia from now, extraterrestrial digital archeologists will chance upon it, and wonder about this "Kingdom of Saudi Arabia" where half the people wore black and half the people wore white. An earnest Zargian Ph.D. student will expound in his thesis the theory that the land was so inhospitable, only chess pieces could live there. The rules of the game involved moving around a black rock in ever-decreasing circles. He will speculate as to whether, had the rock been in the Southern hemisphere, they would have circulated in the opposite direction.

I'll keep the comments open for a week, then I'll moderate them. They will be visible until Haloscan decides to archive them. I do, however, promise to maintain the Muslim Offense Level indicator. It is an important public service to tell Muslims worldwide how offended they should feel, and I would be neglecting my responsibilities if I left them in any state of doubt.

It is perhaps appropriate that I ended the blog with two posts celebrating God's creation in all its glory.

The Camel, God's most ingenious creation.