You're safe with me, I'm a policeman 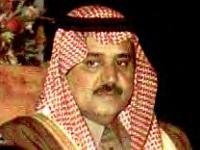 Maybe, just maybe, there is a glimmer of light on the horizon. Maybe our Modernizing Father Figure has had a little word in the shell-like of baby brother Prince "Nasty" Nayif, Minister of the Interior.

Interior Minister Prince Naif yesterday curbed the powers of the Commission for the Promotion of Virtue and Prevention of Vice in handling issues such as harassment of women. Such cases have now been brought under the Commission for Investigation and General Prosecution, the Saudi Press Agency said.

So what does that mean?

The role of the virtue commission will be restricted to arresting suspects and handing them over to police.

The "virtue commission", if you hadn't figured it out, is the Religious Police. A complete misnomer, of course. Makes them sound like a group of choirboys. The reality is that they are the no-hopers, the social misfits, the failed Imams, the men who will never be married even though we have a surplus of eligible unmarried women. Ugly in looks, ugly in nature, ugly in behavior. If the Saudi gene pool had a pool boy, they'd have been sucked out with the dead insects and rotting leaves, and emptied down the drain long ago.

And the change is that while they will still be able to pounce on the unsuspecting victims (like the young Saudi pair I once saw wandering slowly up and down the aisles of the supermarket, deep in conversation alongside the frozen chickens, one sack of rice in the trolley, obviously in love, obviously not married, obviously keeping out of sight of their families, a doomed Romeo and Juliet story in the making), the Muttawa will only be able to make the arrest, but not indulge in their usual knockabout interrogation routine (The number of slaps increasing with the darkness of your skin, women usually treated slightly more leniently, but not necessarily).

And that change is A Good Thing. A step in the right direction, however small. For while the police have their faults, I would much rather be in their care than in the care of the Muttawa. The police may be lazy, and reluctant to go after anyone who looks remotely like a Prince, but they are not such a rule unto themselves, and do not have the reputation for mindless gratuitous abuse and violence that the Muttawa do.

However, we will still be a long way away from the situation enjoyed by people in First World democracies. For, once inside police custody, people just disappear from sight. Not for ever, and not badly treated, and they do finally re-emerge, but disappear they do.

A true story will illustrate what I mean. I knew the couple involved, although I heard the story at second-hand.

The couple were both Westerners, both teachers. They lived in a compound in the north of Riyadh. While they got on together reasonably OK, they both tended to do their own thing. He did "guy" sorts of things, liked playing golf with his mates, a few drinks when he could get them. She was quieter, enjoyed books and pastimes that involved needle and thread.

One Thursday (our "Saturday"), they went out to the supermarket in the morning (and indeed such couples need to do this together, otherwise who is going to drive?). When they got back, they had lunch, husband announced that he was going out for a trip in the desert. Off he went. Wife settled by the pool with a good book.

Husband had committed two errors already. One, he left his mobile phone at home. Two, although he had a good 4WD, he went out into the desert entirely on his own, not in the company of another vehicle. And that is dangerous, because while a flat battery may be a nuisance in the suburbs of Boston, it can be a death sentence when the temperature is 130, you're ten miles from the nearest road, and away from the regular picnic sites, Bedu camps or even tracks.

At some point husband went somewhere he shouldn't. A site that was sensitive security-wise, not that you'd know, there are no signs, and it just looks like the same old desert. Soldiers emerge, he speaks no Arabic, they speak no English, they take him into custody in a nearby (previously unseen) group of portacabins.

Meanwhile, wife has had a pleasant afternoon by the pool, feels hungry. Noting that husband is not back yet, she decides not to cook, and instead treats herself to a meal in the compound restaurant.

Husband has now been handed over to police, who also speak no English, but drive him back to a Police Station on the outskirts of Riyadh. He would like to phone his wife or his friends or anybody, but has left his cellphone at home.

Wife settles down for an evening in front of the TV. Husband not yet home, obviously drinking with his mates somewhere in some other compound.

Husband is now being questioned by English-speaking cop. All relatively polite, but he's not going anywhere soon. "Why were you there?" "Where? I wasn't anywhere special" etc. Asks if he can phone home. "Yes, you can use your cellphone." "It's at home." Despairing look you would give an idiot, shrug of shoulders. This is not the USA or anywhere like that. No call to your lawyer, or anyone else.

Wife decides on an early night, husband obviously "playing truant" as he apparently did sometimes. Not wanting to wait up for husband's enebriated and late return, she goes to bed.

Husband's interrogation finishes for the night. He's not going anywhere though, he gets to sleep in a cell. Still not allowed to phone out, although he's not completely surprised by that, he'd heard the anecdotes, that's why you should always carry your cellphone.

Wife wakes next morning, not too early, and notes that "significant other" is still missing. Comes to the conclusion that there may be a problem. Rings his cellphone. It responds from the next room. Starts to phone the "Usual Suspects", his golf and drinking buddies.

Husband eats breakfast (Egyptian Foul - sort of beans in a sort of sauce. There's a first time for everything.) The good news is that there won't be any interrogation today, because it's Friday, and the interrogator will be going to Friday prayers. The bad news is that he's not back until Saturday.

Late Friday morning. Wife has drawn a blank with all his pals. Time to call the Embassy. Bad day to do that, Friday. People out on picnics, socializing, what you lot do on Sunday.

To cut a long story short, the Embassy staff finally tracked him down, sorted the matter out, and got him released by Friday evening. He'd been in custody for about thirty hours, incommunicado.

What amused everyone about the story is that the wife didn't seem to miss the husband until the next morning. Well, all marriages have their own foibles. But what this illustrates is how long anyone can disappear down the black hole of our police custody. Imagine if it were an Indian street-sweeper, no relative in the country, an embassy that doesn't give a damn? The answer is a week, even two weeks. Longer, anecdotally, if the arresting officer books you just before his vacation - you wait till he comes back. And that's only if you are "Not Guilty".

So police custody is better than Muttawa custody. It lasts as long, but they probably won't slap you around. And we must be grateful for what may be a slight step forward. But won't it be nice, on that dim and distant day, when the "virtue commission" finally gets wound up? When that happens, I'll probably go on a bender myself, I just hope Mrs A misses me a bit sooner!

And talking about being held incommunicado, here's another little Muttawa (Hay'a) anecdote from a woman blogger.


(Thanks to a number of correspondents for that article)
Posted by: alhamedi / 1:01 PM|