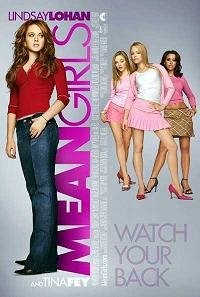 Many of us have been there, at school. You're not in with the "In Crowd". In fact you're barely in with the "Out Crowd". But you detest the "In Crowd" with every fiber of your being. Except now, one of them is handing out invitations to their party, and you're not invited. Which makes you desperate to go to the party, even though you despise them.

Marx knew all about this, and one of the tenets of Marxism is:

The corollary is equally true....

Imagine my feelings then, when I learnt that a fellow Saudi Blogger, Ahmed of Saudi Jeans, was approached with a very special invitation. As Ahmed says....

So I met Mohammed Al Mesa'ed.... the OCSAB Guy. Few days ago, he called me pretending to be a reporter for Al-Riyadh newspaper. He gave me a false name, and asked me for an interview, which I agreed to do. We decided to meet in a nearby coffee shop, and only when I met him and he gave me his business card I discovered that he was lying. I was puzzled over how he got my mobile number, but then realized that it was not something really impossible to do, especially that I'm not a privacy freak of any kind.

It's not impossible to get someone's mobile phone number in Saudi Arabia. There is no mobile phone directory, but if you have access to the records of the (regulated) phone companies, as people in government do, then it's quite easy. So that, and the false name, and the false job title, makes Ahmed understandably suspicious about this definitely dodgy guy. What's he selling?

He's selling OCSAB, the "Official Committee of Saudi Arabian Bloggers". What makes it official? A good question. After all, how did the deranged Dr. Muhammad Al-'Arif from yesterday's post, know that the Western....

organizations for people who marry animals - she marries a dog, a donkey, and so on... The organizations exist, and strangely enough, they are official.

....are in fact "official"? Perhaps the organization for people who marry dogs is endorsed by the Kennel Club, or by Crufts?

Anyway, OCSAB must be official, because it says so, and also because it's been set up by the sort of people who are mysteriously able to get hold of unpublished cellphone numbers.

But the real point is, why didn't they approach me? Not that I like the sound of them at all, but I hate the thought of being excluded from these things. So I want to join.

But there's a snag. And it's the rules.

1- That the blog does not touch on Islam improperly in any way or shape, which thereby rules out blogs that call to secularism and liberalism.

Bit of an ideological problem, that. Since when was Islam incompatible with "liberalism"? Or even "secularism", for that matter? Ataturk founded the Republic of Turkey to let Secularism and Islam coexist. But these are just words, we could discuss them, and I really want to join. So on to the next rule.

2- Because the community is for Saudi bloggers, it follows that the blog must be run by a Saudi.

Now there are lots of people who claim that I am not Saudi, or just wish I weren't, but I trust these OCSAB guys, I'll show them my Id. Next one.

3- That the blog specifies a certain direction for it to follow, be it Islamic, scientific, technical, medical, social etc. We apologize for not accepting purely personal blogs (i.e diary-like blogs)"

No problem. This isn't a diary, it's a themed Blog, and its theme is the idiocy and hypocrisy of the House of Saud, and their Mephistophelian Pact with the extremist Wahabi cult. Or words to that effect, I can tidy them up. Three out of four, just one more to go.

4 - Since we exert much effort into maintaining an elevated level of blogging, the language in use must be Arabic. An exception: Blogs with a non-Arabic speaking audience are excluded, only on the condition that they call to Islam or reflect a pleasant image of Saudi Arabia.

Bugger. They've got me there. You see people, if it's not in Arabic, it's not "elevated". So forget the languages of Shakespeare and Dante and Tolstoy and Goethe and Hugo and even poor old Omar Khayyam, because they are not "elevated" languages, only Arabic is. But no Arabic here. This will always be an English-language blog. However they make allowance for exceptions.

Will I "call to Islam"? I've no problem doing that, except that every time I did, somebody would probably decapitate another Indonesian schoolgirl, so it gets to be a bit of a waste of time.

And will I "reflect a pleasant image of Saudi Arabia"? Well I could. The original is not pleasant, of course, but "reflections" are after all "mirror images", so I could pretend that it was the complete opposite, and nice and open and free and tolerant and all that stuff. A bit of a sell-out, perhaps, but I do really really really want to join the club. I know there are people out there who say that the whole notion of an "official" list of approved, certified, vetted, USDA-tested Saudi bloggers is a government-inspired futility that can be likened to trying to herd cats and will be as successful as previous attempts to stop satellite TV and cellphones and the Internet itself, but I always wanted to join a club and now this is my big chance.

But it's not just me. Maybe they will let me in as their token "bad boy", but what about the commentors? Is it possible that the people who write in the Comments threads will let the whole side down? There are some pretty feisty women in there, and they come in shamelessly without abayas and veils, women like "Angie" wielding words like a rapier, and "timewarp" with her penetrating analyses, and "debbie" and "nahncee" and "k from Oslo" and "northern shewolf" and "Bridget" and "Ingrid" with their pithy and hilarious comments, and others too numerous to mention. Then there are the men, like "Scott from Oregon" who is with words what Michael Jordan was with a basketball, and of course "Al-Jack" our resident Islamic guru, and "Mike C" and "Padraigh" and "Ibn" and "Prup" and "coffee_guy" and "Pluto's Dad" and "John_L" and many more. They are all good friends, but dear me, I have to admit, what a rabble! OCSAB will never let them in, that's for sure.

So there's the choice. Do I try to join OCSAB and make them my new best friends, or do I stick with my old friends who've been around loyally all the time?